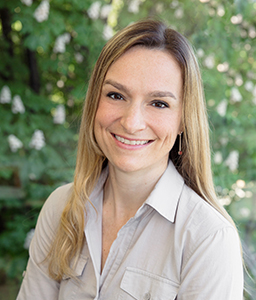 Dr. Deborah Szabo studied at the University of Western Ontario where she obtained her Doctor of Dental Surgery (DDS) in 2003. Graduating with distinction and on the dean’s honour list, she was presented with several awards including the Ontario Dental Association Proficiency Award, the Dr. Paul S. Sills Award in Prosthodontics, the George Smith Memorial Scholarship Fund, and the Harcourt Brace and Co. Health Science Award, awarded to a graduating student who exhibited caring and compassion toward patients as well as academic achievement in course work.

After graduating from dental school, Deb received her Advanced Education in General Dentistry (AEGD) certificate from the University of Michigan in 2004 and then entered private practice in Ontario. After 12 years of general practice, Deb went back to school at the University of British Columbia to pursue her specialty in endodontics.

Throughout her dental career, Deb participated and continues to participate in many volunteer clinics and programs. As well, she has been an instructor to both practicing and student dentists.

Deb is practicing in North Vancouver where she lives with her husband and three children.